Why are STCW courses called this way? The STCW convention 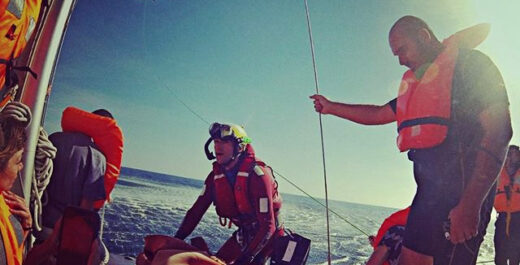 Following the accidents that occurred on large ships such as the Titanic where there were thousands of fatalities, governments decided to regulate staff learning that goes on ships.

In 1978 the IMO (International Maritime Organization) organized a conference in London and considered the International Convention on Standards of Training, Qualification and Surveillance for Seafarers (STCW), creates a standard set of minimum qualification for captains, officers and personnel of large vessels. It comes into force in 1984 being amended in 1995 and again in 2010

This STCW Convention of 1978 was the first to establish the basic requirements for learning, and vigilance by seafarers at the international level.

This training and certification is not only necessary and obligatory for sailors, bosses and captains, it will also be for everything Board personnel of any type of ship: restoration, accommodation, administration, machines, maintenance, shows, cleaning, etc … from the maritime sector.
& amp; Nbsp;

In 2010, the IMO started a new set Amendments “Manila’s amendments”. They passed on July 25 this year at a convention held in Manila. These amendments were necessary to keep the standards updated in relation to the technological and operational requirements of the new ships. The Manila Amendments entered into force on January 1, 2012, with a transitional period until 2017.

Manila’s amendments introduce changes that affect the sufficiency certificates of Basic Safety Training, Survival Craft and Rescue Boat other than Fast Rescue Boat and Advanced Firefighting, which is referred to in chapter VI of the annex to the STCW Convention, which have become obsolete and must complete refresher courses every five years.

If you want to learn more, we recommend you the STCW article in English and Spanish Wikipedias, which we helped in their creation.

By clicking "continue" you will be redirected to our store to complete your registration data and make the payment.